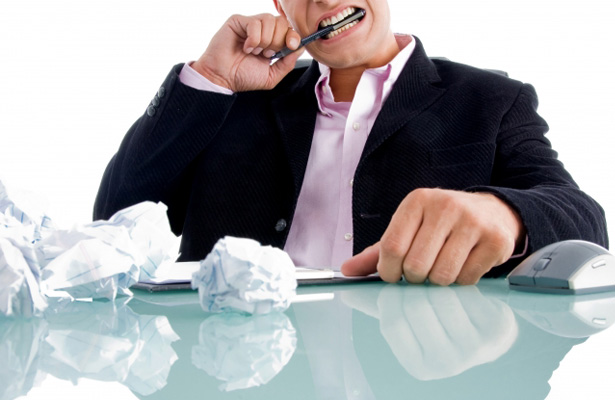 I attended a family wedding recently and got to speak with quite a few young people who have three things in common:

I was very happy to hear about the first two facts and very concerned about the third issue as it affects a very large number of people in our current economy. I also have three children in their 20’s. In this post I’d like to discuss:

Bruce Tulgan is the founder of Rainmaker Thinking and has written extensively about current trends in the workplace, especially focusing on the inter-generational differences in challenges that currently exist. In a recent article entitled “Pent-Up Departure Demand: The Swelling Ranks of Employees Who Would Leave If They Could”, he shares some key results from some extensive survey work that he has done over the last five years.

His firm analyzed data trends from 41,238 respondents from January 2009 to January 2014. There were specifically 2,874 respondents they were able to track consistently over this five-year period. The startling finding was that more than 46% of all employed individuals in the civilian workforce today have felt “stuck”, meaning they have had an unfulfilled desire to leave their current job for at least a year. Nearly 25% of employees in the workplace feel they have felt stuck for more than three years. This pent up departure demand is equally distributed among high performers and average performers and is lowest among low performers.

Many of these employees who feel stuck have substantial levels of dissatisfaction and more than 90% of them self-report diminished performance in one or more of the following areas: commitment, effort, morale, willingness to go the extra mile and eagerness to contribute my best ideas. Many of these employees have seen their companies tighten their belts in this challenging economy and are often faced with poor pay and benefits, very burdensome schedules, lots of added work without additional compensation, and an uncomfortable workplace.

The other key concern that I would like to address is that these individuals do not get enough support, or don’t like, their immediate managers. This latter concern is the most common issue for the 20 somethings I was conversing with last weekend. They each describe their immediate managers as being overwhelmed, unfocused, unresponsive to their suggestions, and in general, poor leaders.

The largest dissatisfaction of the young people I spoke with was that their ideas and suggestions were either not taken seriously or their managers showed a fundamental distrust of their ability to make valuable contributions.

I was impressed with the way each of these young people had a systemic, process orientation to how they looked at the flow of work they were engaged in. These guys were not just whining about things in their job but they saw great opportunities for improving what was going on and felt they were ignored or not taken seriously on a consistent basis.

One criticism I have heard of the millennial generation is that they expect immediate results and immediate rewards for their suggestions. This was not the tone and tenor of the discussions that I had.

As I thought about these conversations there were two themes that came through loud and clear to me.

I would like to discuss reasons that the types of responses I was hearing from these leaders fall into the category of what I refer to as Trust Busters. Here are three examples of trust-busters and how to improve employee engagement by overcoming them:

1. Either / Or: In this situation the listener to the suggestions presses for closure and their listening style reflects very much a black or white view of the situation; it’s either this way or it’s that way. By not allowing for any gray area, which could be a compromise or a synthesis of a couple of ideas, people with different ideas feel like their contributions are automatically shut down. Our political situation today reflects just such a perspective. The very best ideas are often a combination of several thoughts and ideas and to only look at things on the ends of the idea spectrum can be a tragic mistake. It’s also very clear to someone that their idea is being summarily rejected.

2. Hard / Soft: In this situation, the leader will often push for the contributor to use facts figures and analysis to prove their point with a great degree of certainty. There is little or no room for intuition, insights, or experience. This is a very safe position for a leader to take and may sense when dealing with younger and less experienced subordinates. But it certainly serves to shut down the willingness of someone to continue to offer ideas in the future.

3. Skeptical / Acceptance: In this situation, a leader often feels that they add value by criticizing or nitpicking various ideas or suggestions. It’s a philosophy of I’ll tear them down to build them up later. What it means is that there is no suspension of belief to be able to drink in a different or even counter-intuitive idea and look for the worth in those perspectives. In dealing with this Trust Buster, I like to suggest that sometimes you just need to “park your expectations” for a while. The reality is that if you cannot sort through recommendations in a manner that allows you to select the best elements without rejecting the whole idea, you will miss a lot and turn off a lot of people.

The reality is that if you see any one of these trust-busters utilized to a significant extent in an organization or you see all three to a modest extent, that organization will be characterized by pervasive mistrust. The effect of these trust-busters is very corrosive and after a period of time, it wears down the willingness of others to want to contribute their ideas and suggestions. This can be true for anyone at any point in their life or career, but I believe this is especially true in the challenging work climate that we find ourselves in today. When everyone is overwhelmed with an avalanche of things to do, it is very difficult to slow things down and consider ways to show that you are willing and able to listen as a leader. It’s also riskier to try new things.

I have a lot of empathy for current leaders in this challenging work environment, but there is a huge risk that the disengagement currently being felt by all employees, especially millennials, will lead to substantial levels of turnover and disruption when the economy reaches a stronger foundation.

I would suggest that if you want to retain your best and brightest, it would be better to begin improving employee engagement now by overcoming the three trust-busters.

I look forward to your comments and questions.