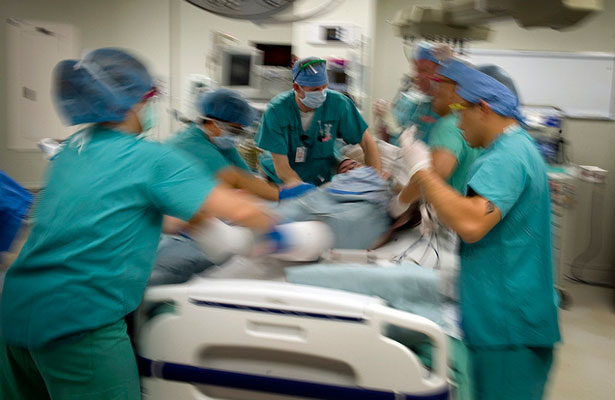 To exist is to change, to change is to mature, to mature is to go on creating oneself endlessly. – Henri Bergson, French Philosopher (1859 – 1941)

Fast Company magazine is a publication that I have followed for many years. In 2005, the cover of its May issue was entitled “Change or Die”. Needless to say, that caught my attention given the fact that change is one of the key things I discuss with my clients.

Here are the 5 myths about changing behavior that were discussed in that article and some ideas about what you can do to learn about changing your behavior going forward.

Myth 1: Crisis is a Powerful Impetus for Change

You would think that a major health crisis would be an excellent reason to rethink your lifestyle choices to ensure that such a calamity could be prevented in the future.

The fact that smoking, drinking, poor diet, lack of exercise or using drugs often created the need for such radical surgery did not prevent the resumption of the deleterious habits! They endured the surgery – the Crisis – but never seemed to connect the dots on how their behavior caused the eventual crisis. “Denial is not just a river in Egypt” as the saying goes.

Myth 2: Fear is a Great Motivator for Change

We would think that fear of dying would be a great motivator for change, but as we saw in the previous example that didn’t work for 90% of the people that had open heart surgery.

The idea that fear of a particular outcome, such as a loss of your job, a demotion, a decrease in pay or other potential de-motivators which may cause you to adjust your behavior, does seem to make sense. But the reality is that it only has a short-term effect and the fear tends to diminish over time, allowing the old habits and behaviors to reemerge.

Myth 3: The Facts Will Set Us Free

Difficult changes are often caused by new and challenging realities, like getting a new boss, a decline in markets, or changes in customer tastes. New realities do cause a need for adjustments but this also suggests that the intellectual realities will trump the emotional or psychological reactions we have to new situations.

The reality is the opposite is true. We have made various connections with the things we have gotten used to and know well. We may understand that things are changing but letting go is very different because of our connection to people, familiar settings and work or the fear of the unknown that awaits us. We can become frozen emotionally to the current state of things. It takes time and a concerted effort to reassert the need for change by the change leaders.

This myth is intellectually appealing because it argues for an incremental approach where success along the way reinforces itself; but the reality is that for every step forward with gradual changes, there is the risk of another half step backwards towards the old and familiar. We tend to see these gradual changes as an opportunity to hold on to the way things had been done before.

The other school of thought is often referred to as the “rip the Band-Aid off” approach which is probably more painful in the short run but can both accelerate and reinforce the new state of things and put more distance between the old and the new.

Myth 5: We Can’t Change Because Our Brains Have Become “Hardwired” Early in Life.

I am well aware of my age bias on this issue and do believe it is true that the older you get the more comfortable you become in performing tasks in ways that are more familiar to you.

The benefits of pattern recognition allow us to productively manage through a barrage of tasks and challenges, but you can get “stuck” in old patterns. But I do believe with the proper understanding of the need for change and incentives to do so, people at any age can embrace change and progress… and I am confident that people have an infinite capacity to continue to learn.

The ability of organizations to create opportunities to blend the old with the new, using the experience of its seasoned staff to collaborate with the developing leaders of tomorrow requires that many stereotypes like this be turned on their head.

Please share your experiences or ideas with us all in the comments section at the end of this post.