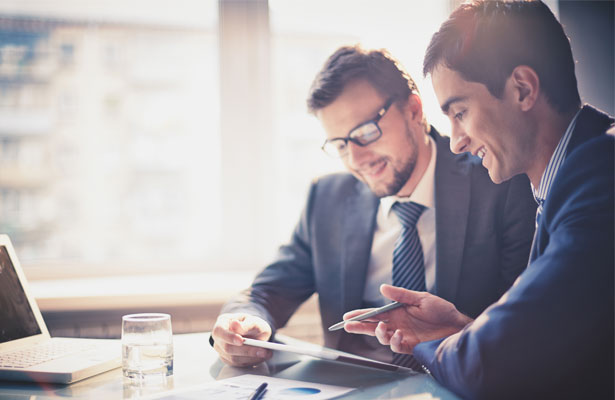 The most important thing in communication is hearing what isn’t said. – Peter Drucker

In a discussion with a client late last year we spoke of the difference between having power and having influence.

His role did not command a large staff or a large budget, but he did lead a technical team that managed a very specialized type of interface that was critical to many products. So he didn’t make things happen by his power, but by his ability to influence other people.

To expand and reinforce his influence, he and I spoke a great deal about making the time to connect with users of his team’s products to understand them better.

This issue of influence and “others” was at the heart of a remarkable film, Selma, that I saw on the holiday commemorating Dr. Martin Luther King, Jr. It is a fantastic film that brings to life not just the struggles and accomplishments of the great civil rights leader, but brings into focus how “other” the blacks and whites were to each other in the American South in 1965.

Another example of this “otherness” was portrayed in the recent film Unbroken about an American prisoner of war in a Japanese prison camp as the second world war came to an end.

The last example comes from a book by Eric Larson named In The Garden of the Beasts, based on the true story of a mild-mannered University of Chicago history professor, William Dodd, who becomes the US ambassador to Germany in 1933, just as Hitler rose to power. Dodd and his family were struck by the contrast between the very strict laws against animal cruelty and the treatment of Jewish and Gypsy citizens. They were very impressed with how German pets were so well treated and appalled at the cruelty of even regular German citizens to the “others” in their midst.

In each of these scenarios, what was reflected was the sincere belief that the “others” were definitely inferior to the group doing the judging. In each case, these were cultural assumptions that had racial foundations.

In each case, the others were lesser in their eyes.

Overcoming the Distance Between You and “Others”

I realize that the differences in the work world are never as stark, passionate or destructive as the racial divides that are reflected in the three previous examples; however, such lack of understanding of other teams or groups does lead to its own set of challenges and problems in the modern workplace.

So what’s the solution?

I can sum it up in one word: EMPATHY.

Empathy is defined as “the feeling that you understand and share another person’s experiences and emotions” or “the ability to share someone else’s feelings”.

In many business interactions I think it’s often less about the feelings than a true understanding of the vision, goals, and objectives of the others with whom we interact. That understanding can help us better focus upon commonalities and create a better foundation for resolving differences.

I recently had a client who approached a leader in another part of the organization. There’s a great amount of interdependence between the functions of my client and this other manager.

My client went to the other leader’s office, sat down and spent about 30 minutes just asking questions and seeking to be sure that he understood the challenges and needs of that manager and his team. At the end of 30 minutes he thanked the other individual for his time and prepared to depart.

Interestingly, the other manager actually got up and stood between the door and my client and pointedly asked, “So why did you really come here? What’s going on and what do you need from me?”

“Nothing but the information you gave me which helps me better understand how I can work better with you and your team,” said my client.

The other manager actually seemed rather baffled by this approach. It takes effort to break down barriers, especially mistrust.

Developing the Habit of Empathy

I came across an interesting article, Six Habits of Highly Empathic People by Roman Krznaric, formerly a professor of sociology and politics at Cambridge University.

Here are four of the most pertinent habits for you to consider to enhance your ability to be more empathic:

The single biggest problem in communication is the illusion that it has taken place. – George Bernard Shaw

I look forward to your thoughts and comments. Please share your experiences or ideas with us all in the comments section at the end of this post.