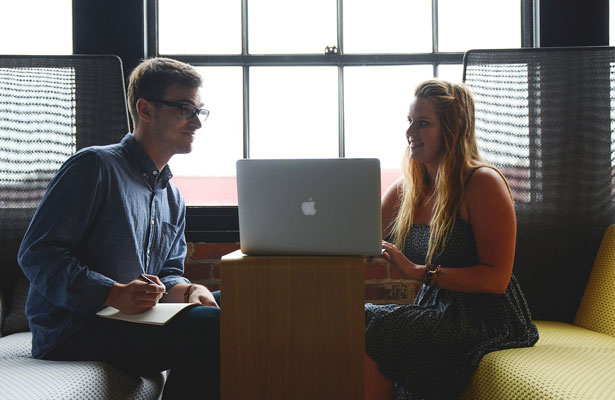 Early in my career, I enjoyed a really plum assignment. I managed 27 sales compensation plans for the multiple channels of sales our organization had globally.

This job afforded me the chance to work with people in the field and to travel with them to their events. I was also rather popular when I showed up with the checks in my briefcase.

One day, the global head of our function informed me that I was going to move from that role to work for a fellow named Jim, who I can truly say I feared. I was pretty sure I respected him, but I know I was afraid of him. I responded by saying that no, I’d really rather prefer staying in this role for another year.

That’s when the head of the function informed me that this was NOT a negotiation.

Soon I started working for Jim and I really had to work hard to earn his respect. But it was the best thing that ever happened to me in my career because he became the one true mentor that I had in my professional life.

Several years after he retired, I actually replaced him in a role that had international responsibilities. But that was actually the beginning of what became a wonderful friendship with Jim and his lovely wife, Isabel. My whole family would go down to his lake house to visit and spend the day. My wife and I went to visit him when he wintered in Florida. It was a sad day when I found that he had passed away at the ripe old age of 88.

The reason I tell this story is that Adam Grant, a professor of management in psychology at the Wharton School of the University of Pennsylvania and the author of Give and Take, wrote an article in the New York Times on September 4, Friends at Work? Not So Much, where he explains:

We go to the office to be efficient, not to form bonds. We have plenty of productive conversations but fewer meaningful relationships. – Adam Grant

A key element of effective leadership and management is building strong relationships with those we do business with so that we can develop the trust and ability to engage in spirited dialogue resulting in the very best ideas being put forward.

I reinforce this to all of my clients and that’s why Professor Grant’s perspective really caught my eye. Here are some of the interesting findings from the research that he reflects upon:

The most critical part of that last bullet reflects the need to invest in relationships – not just for some Machiavellian advantage you might temporarily gain, but as a way for you to develop connections with interesting and capable people that may serve each of you for your entire careers.

Tools like Facebook and LinkedIn most certainly facilitate the ability to maintain even modest levels of a connection over the years, but calling someone up you barely knew 10 years later makes it very difficult to rekindle a connection that never really developed.

I tell my clients that you don’t have to expect that the people you work with will be your friends, but you certainly need to be friendly to those you interact with. Always assume there are opportunities to mutually benefit one another.

A single interaction marked by respect, trust and mutual engagement is enough to generate energy for both parties. However small they appear, those moments of connection can transform a transaction into a relationship. – Jane E. Dutton

As leaders, I encourage you to be very conscious of developing mutually beneficial connections with others and being very purposeful in trying to maintain those connections that really resonate with you over the years. As busy as we all are, this effort can frequently fail to make the priority list.

But if you’re ever going to meet your own Jim, ask yourself: