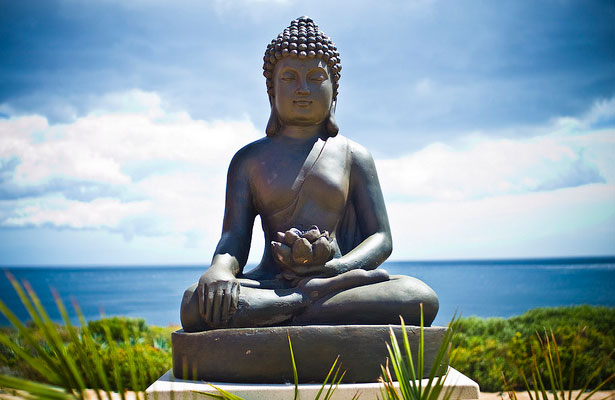 In a controversy the instant we feel anger we have already ceased striving for the truth, and have begun striving for ourselves. – Buddha

How often after you’ve been in a very testy exchange with someone – a boss, a peer, a spouse or one of your children – do you ask yourself:

Unfortunately, it has happened to us all from time to time. I’ve seen some incredibly talented and successful executives lose their cool with people they really respect and seen the unfortunate fallout from it in damaged careers and relationships.

One of my most admired leaders is Phil Jackson, whose book Eleven Rings: The Soul of Success, is about his 11 NBA Championships with the Chicago Bulls and LA Lakers. He also won two while playing for the NY Knicks in the 70’s. He was referred to as the “Zen Master” by sportswriters because of his adherence to the practice of Zen Buddhism and how that influenced the selfless style of play he taught in a world of ego-maniacal superstars. But it worked again and again on the court.

Jackson also wrote Sacred Hoops: Spiritual Lessons of a Hardwood Warrior in 1995. As a Bulls fan and admirer of Coach Jackson, I eagerly read it and the following passage really hit a chord with me:

In Zen it is said that the gap between accepting things the way they are and wishing them to be otherwise is ‘the tenth of an inch of difference between heaven and hell’. If we can accept whatever we’ve been dealt – no matter how unwelcome – the way to proceed eventually becomes clear. This is what is meant by right action: the capacity to observe what’s happening and act appropriately, without being distracted by self-centered thoughts. If we rage and resist, our angry, fearful minds have trouble quieting down sufficiently to allow us to act in the most beneficial way for ourselves and others. (p. 135)

Jackson mentioned this after a disagreement with one of his key players, Horace Grant, during a losing effort. Grant had asked for extra help because the player he was guarding was having a career night and Grant knew he couldn’t control him without some support. Jackson refused to listen to Grant or modify his defensive scheme and the Bulls went on to a defeat that Jackson laid squarely on his own shoulders. During the game, Grant became incensed with Jackson and even cursed him. This was completely out of character for the devoutly religious Grant, but the battle between them caused them to lose the war – the basketball game that night.

What Jackson was saying is that if he had stepped back and not let this become about his “stubborn resistance to playing defense a certain way”, he would have seen that Grant was not questioning his authority or his coaching plans. He just had an unusual situation that called for some different thinking.

How often do we let our emotions get in the way of seeking the best solution? How often is it because the situation may call for a mid-course adjustment that throws our plans in some disarray? How often does it set us off because it robs us of the control we thought we might have over a complex situation?

We all have emotional “triggers” that can really set us off. Sometimes it’s having our authority questioned. It can also be rudeness, lack of preparation or effort on others parts or getting surprised by situations that you should have been kept apprised of. Then it can be hard to have our “angry, fearful minds” calm down enough to take the emotion out of the equation. It doesn’t mean you don’t have a right to feel angry or fearful about how a situation is playing out, but as a leader, you need to be able to not have your emotions hijack the situation. That is what Jackson was saying happened to him in the situation with Horace Grant in that game.

Phil Jackson never says that keeping a cool head is easy, but he learned to do it in some of the most high profile venues in the sporting world. His study of Zen Buddhism helped him in that regard and his players responded to him remarkably well. Sacred Hoops is primarily about how Jackson was able to coach Michael Jordan to become the best teammate he could become, not just the best player.

When the seas are raging all around you, and you know your trigger is being pushed, ask yourself:

I look forward to your thoughts, comments, and stories below.