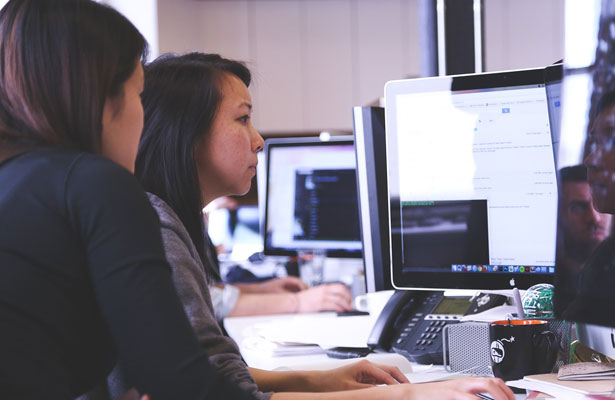 I was recently conducting an interview as part of a 360° feedback exercise for a client who is the CEO of a one-year-old startup business incubator with a focus on healthcare.

The organization is off to a good start with a solid Board, a wide variety of funding partners, a great media buzz, and lots of frenetic but purposeful activity.

The CEO has assembled a very good team and asked for my help in getting an accurate picture of how he is perceived, what’s working and what’s not.

This is a wise and brave choice for a first-time CEO.

One of the persons I interviewed was a very bright young woman for whom this role was her first foray into the business world. She has a strong educational background from top-tier universities and a very engaging personal style. She’s been with this organization for about six months.

During my interview, the conversation veered off into a focus on her career issues rather than the CEO. I listened empathically but had to steer the conversation back to the CEO several times.

This experience caused me to reflect on the career aspirations of millennials and the challenges of career development facing this generation and in particular a newer company like this.

What Do Millennials Want?

Price Waters Cooper, the consulting firm, published a white paper on what Millennials are seeking in their careers and had some interesting insights on what they are striving for in their work world:

In suggesting things employers can do to proactively assist Millennials, this paper stated:

These are all valuable insights in dealing with this new generation which in 2015 became an even bigger slice of the working population than the Boomers who are running the show now and the Millennials are eager to displace.

But there are some other challenges, especially in younger organizations, that are in their early stages of development.

For instance, they may have no budget for training or are creating policies for various practices as they mature and get a footing in their markets.

In such situations, I think leaders must assert themselves. Make sure you get things “right” about the deal you are making with the employees upfront. Be as specific as possible in helping them understand what you are offering, what you are not, and, very importantly, what you expect in return.

The Latin phrase “Quid Pro Quo” means “something for something” or “this for that”. It reflects the fact that there are expectations on both sides of a transaction about the rewards that will be earned with certain performance.

As it relates to career development in a small or embryonic organization, this equation is often incomplete. That’s not due to negligence or lack of concern, but survival is more critical in early-stage companies.

If someone performs a key task well, this quid pro quo will not necessarily include additional titles, extra pay, or broader responsibility – at least not at this time.

It’s better to be clear about this, but there is plenty you can do that does take time but does not cost money. I would argue this is more valuable as well.

Here are some ideas:

Lastly, the Bureau of Labor Statistics states that the average young adult has held an average of 6.2 jobs by the time they are 26. You will probably lose them sooner or later, so reinforce your concern for their development and that a productive relationship with you will pave the way to a good referral and continued connections.