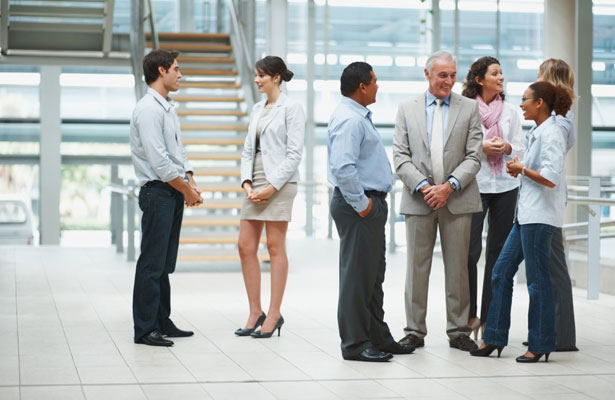 I came across a quote that has been attributed to J.J. Watt, All-Pro football player for the Houston Texans:

J.J. Watt was referring to his dedication to all the hard work to make himself physically and mentally capable of staying at the very top of the violent and challenging world of the National Football League. But more generally speaking, it means that you have to continue to earn the respect of others for your contributions and wisdom and that you can never rest on your laurels.

The competition is now global and it’s instantaneous. The currency of your connections with your clients and team requires ongoing effort, and I can guarantee this is a “what have you done for me lately?” world now more than ever.

Several years ago, Ed Gubman wrote an interesting book named The Engaging Leader: Winning with Today’s Free Agent Workforce. In it, Mr. Gubman uses multiple examples to suggest that the management of talent in the corporate world should more closely align itself with how professional sports teams manage their roster of talent.

It’s a very challenging way of looking at a world for knowledge workers rather than athletes who, by definition, see their physical talents diminish over time, whereas knowledge workers are thought to gain wisdom, experience, and pattern recognition to add to their value to their organizations.

This would be such a shock to the system of our current world of work that I can’t quite grasp all of the implications. But within 10 years the millennial’s in our workforce will outnumber the baby boomers that, for the most part, are currently running most major organizations.

This major population shift will be accompanied by a generational focus that is much less oriented towards respect or deference for those who may feel that they have “paid their dues”.

An Excessive Need to Be “Me”

When I was in my early 20s there was a countercultural belief about not trusting anyone over 30. That had much more of a revolutionary zeal associated with it, but this lack of deference today is much more a reflection of the fact that the standards of excellence or organizational effectiveness keeps changing in such a rapid fashion that it’s hard to say what you can rely upon.

In Marshall Goldsmith’s book, What Got You Here Won’t Get You There, he identifies 20 Habits that he describes as “transactional flaws performed by one person against another”. I usually share the 20 Habits with my clients as a part of my initial work with them because I believe that Mr. Goldsmith has identified some very common instances of behaviors that simply get in the way of an individual’s success.

An excessive need to be me: exulting our faults as virtues simply because they’re who we are.

I have seen highly skilled individuals who have developed business practices that have led to substantial success be very reluctant to adjust, much less conform, to new work processes because they cling to “my” way of doing things that had been so successful, regardless of the down-line impact on the many people that currently support their efforts.

I’ve talked to many capable folks who have been forced into all-night vigils and wasted weekends just waiting for information to complete their part of the task.

Is this just hubris or selfishness on the part of those that continue to revel in the need to be “me”?

I don’t think so because I believe these smart and capable people do have a certain set of beliefs that their past practices were integral to their current success. But the other aspect of this behavioral choice is that many of them feel they are entitled to “be me”, that they have earned the right to do things their way.

There is a growing and substantial resistance to the levels and perceived positive impact of the entitlement programs of our government’s “safety net”. I’m not making a political statement about that but I am simply saying that there is a trend against anyone claiming they are entitled to a position, respect, or deference in our society as a whole.

I am a traditionalist by nature and have always believed that people should be able to earn the respect of others based on their past performance and credentials. But I am fearful that in this rapidly changing world, one of the fastest elements of that change is the obsolescence of our experiences and former victories, unless an individual can continue to succeed in the crucible of these rapidly escalating expectations.

Keeping Current Rather Than Feeling Entitled

My mentor in my late 20s and early 30s shaped my career like no one else and invested in me professionally and personally. When I was first told I was going to work with him, my predominant emotion was fear. He scared me.

That was eclipsed by respect as I got to work with him for several years and we developed a good friendship as well.

He was a remarkable fellow and a fascinating guy. But several years after he retired, and he always wanted to talk shop, I recognized that the suggestions he had were no longer current and only modestly relevant. He was never trying to just tell me what to do, he just wanted to talk shop. But with a fellow that I admired as his much as him, it just reinforced my desire to stay as current as I possibly could.

So my message in this post really centers around two conflicting trends: 1.) The idea that we are entitled to be “me” because of past accomplishments, and 2.) A tsunami of rejection that anyone has a right to feel that they deserve or are owed any respect.

I do not have any suggestions for how to deal with this growing conflict, but I would ask you to consider the following: