Transactional Analysis was created by psychotherapist Dr. Eric Berne (1910 – 1970) from studies he conducted in the 1950s. It made complex interpersonal transactions understandable when he recognized that people can interact from one of three “ego-states”: 1. Parent, 2. Adult, 3. Child.

Dr. Berne’s most famous book, Games People Play, opened up a new area of understanding about the complexity of overt and “covert” interpersonal communications. In enhancing the leader’s appreciation of the impact of their communication efforts – intended or not – there are a few key things we can learn from this model. 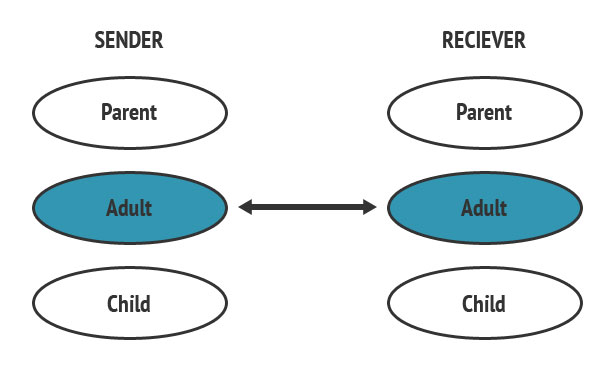 Since the Adult Ego State is all about logic and rationality, we would ideally like to ensure that all communications in the workplace are Adult – Adult.

After all, we are all supposed to act like adults and that should be the basis for the vast majority of our communications in the workplace.

In reality, it often doesn’t work that way so let’s examine crossed transactions. 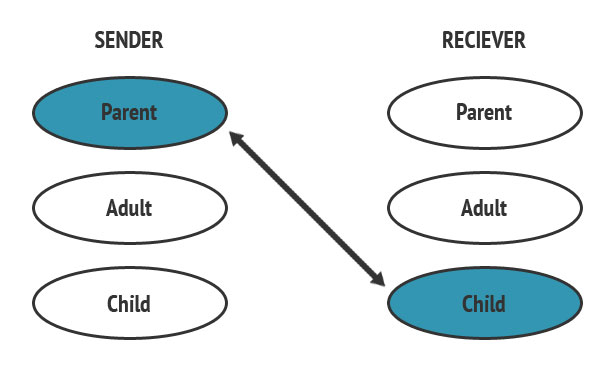 In a crossed transaction, the most frequently problematic issue is the Parent – Child communication.

First, let’s remind ourselves of a couple of key facts about this model:

In this crossed example above, where you (the Sender) are speaking to one of your staff (the Receiver), it is coming across as a Parent – Child transaction. There can be a lot of reasons for this but think of it diagnostically from each perspective:

The key here is to heighten your awareness of how your communication is being received. If you get into the Parent – Child mode too often with a subordinate, it can be very frustrating. Examine:

People’s interactions are made up of transactions. Any one transaction has two parts: the stimulus and the response. Individual transactions are usually part of a larger set. Some of these transactional sets or sequences can be direct, productive and healthy or they can be devious, wasteful and unhealthy.

When people interact they do so in one of three different ego states. An ego state is a specific way of thinking, feeling and behaving and each ego state has its origin in specific regions of the brain. People can behave from their Parent Ego State, Adult Ego State, or Child Ego State. At any one time, our actions come from one of these three ego states.

A complimentary transaction involves the same ego state in each person. In a crossed transaction the transactional response is addressed to an ego state different from the one which started the stimulus.