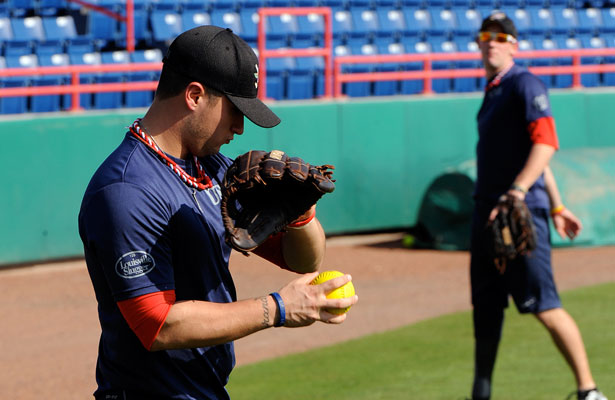 It was impossible to get a conversation going, everybody was talking too much. – Yogi Berra

I recently came across an interesting article: “Six Habits of the Best Conversationalists“, by Stephanie Vozza, and it contains many excellent insights. It started me thinking about some of the very best conversationalists that I’ve ever met.

Paul was the CFO at my last corporate position. He was originally from South Africa and worked extensively in Europe and then came to the US for other opportunities.

He was technically an excellent chief financial officer and was widely respected for his contributions during a complex international merger.

He had sharp elbows politically, but everyone agreed that you wanted to sit at his table during a meal because he was a sparkling conversationalist.

Vozza’s article and my reflection on Paul got me to thinking more about conversations.

Dropping the Ball: Shutting Down or Interrupting the Conversation

Overthrowing the Ball: Disrupting the Conversation

Using Vozza’s list of habits, I have provided 6 suggestions for becoming a compelling conversationalist, and keeping the ball in play:

1. Listen more than you talk

When you’re talking you’re in control; you’re guiding the conversation where you want it.

The problem is that people speak on the average between 125 – 175 words per minute, but we listen at up to 450 words per minute. That gap can be a dead space where we can think more about what we are going to say in response rather than pay attention to the speaker.

Can we refuse to stop listening and concentrate fully on the speaker? Can we ask questions in response that allows the speaker to expand on their message, improve our understanding and gain insight about their passion for what they are conveying?

The conversation should not be an opportunity for self-promotion for either party. This is not the right time to interject your own experiences if it seems like you are engaging in one-upsmanship, topping their experience with one of yours.

It’s okay to relate an experience that will reinforce their message or shows that you empathize with what they’re saying, but it’s important that this does not seem like a competition.

3. Admit what you don’t know

A good conversationalist is never too never afraid to admit they don’t know something.

Ask for clarification if you’re not sure about a phrase, word or the context of something because it really shows that you are invested in comprehending what the other person is saying.

That’s a very strong message that reinforces the balance of the conversation.

People that are well read can often be referred to as a “person of interest”. They stay informed on a wide variety of topics and introduce other relevant ideas or stories. This allows both parties to expand the platform of understanding and to reinforce shared experiences or beliefs.

I recently had a conversation about a business topic with a fellow I met through a mutual friend. We realized we were both fans of Michael Lewis who wrote both The Big Short and Flash Boys.

This enhanced our connection.

They drink in the whole person to reveal their message. They constantly look for cues during a discussion. They are definitely listening to the words but they’re also getting messages from the vocal intonations of the other, as well as their nonverbal behavior or body language.

They say that the eyes are the window to the soul and reactions to what others say are reflected in the eyes and facial reactions and provide very telling information.

6. Let go of the details

When a speaker seems to forget a place or name and seems to rack their brain for elusive minor details, spending time on what are not critical items to keep the conversation going, it can disrupt their message and the experience of the listener.

Good conversationalists are willing to skip ahead to what really matters.

It is often said the less is more in telling a story. Forget the clever asides or references that are only interesting to you.

Ask yourself when engaging in a conversation: