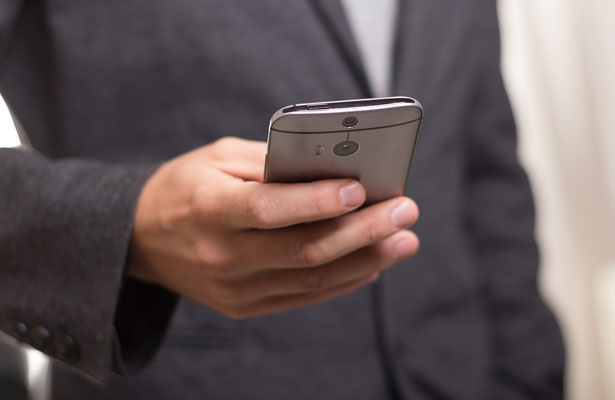 When Morrie was with you, he was really with you.  He looked you straight in the eye, and he listened as if you were the only person in the world.  How much better would people get along if their first encounter each day were like this – instead of a grumble from a waitress or a bus driver or a boss? – Mitch Albom, Tuesdays with Morrie

I was in the process of wrapping up the summary feedback for the 360° interviews I did for a new client who I’ll call Karen. My schedule had me sitting down with her to review the feedback in two days.

Lo and behold, Karen calls me and said that she had just read an article about being more fully present at work and realized she was totally guilty of violating one of the key tenets of doing so. She said she realized that she spent way too much time looking at her phone and checking her messages during meetings, sometimes even one-on-one meetings with others. And she vowed to improve by putting the phone completely away when she was in meetings with others.

When I met with her two days later, she indicated that she had practiced this new behavior and was feeling much better about her connection with others in the quality of her listening.

What was both interesting and coincidental, was the fact that Karen was roundly criticized in her feedback for the distraction her phone had become in connecting with others in meetings. So Karen discovered a need for change based upon her own self-awareness and the candid feedback of others. But she vowed to do something about it starting right then.

Karen is a consummate and successful professional in the work that she does and she serves her clients very well, and was recently recognized for the dramatic turnaround she helped one client produce after years of sub optimal performance.

But Karen is not just a leader and a business person, she’s also the mother of three teenage daughters. She is intimately involved in their lives as a modern day Mother with the immediacy and the level of connectedness such tools as email, texting, Facebook and Instagram provide.

But although these tools have great utility and benefits, they do get in the way of one-on-one conversations and the often intimate communication that builds relationships and develops trust with the folks with whom we work.

Karen also mentioned to me a psychologist and professor at M.I.T. named Sherry Turkle, who wrote a fascinating column on April 21, 2012 in the New York Times entitled The Flight from Conversation. In this article she laments the fact that people are often so busy “communicating” on their phones or laptops that they don’t have time to talk to one another about what really matters.

How many times have you seen the leader of a meeting engaging with one individual while everyone else has their nose buried in their laptops or their smart phones playing catch-up in their busy worlds? Really, it also allows them to only pay attention to what interests them which reinforces its own sense of isolation.

Sadder yet, I have seen attractive couples in chic restaurants with their noses deep in concentration on their smart phones rather than connecting with each other.

We expect more from technology and less from one another and seem increasingly drawn to technologies that provide the illusion of companionship without the demands of relationship. Always-on/always-on-you devices provide three powerful fantasies: that we will always be heard; that we can put our attention wherever we wanted to be; and that we never have to be alone. Indeed our new devices have turned being alone into a problem that can be solved.

Karen learned she was a guilty party to being only partially present in Scott Eblin’s Next Level Blog, entitled Mindful Mondays: The Surprising Benefits of Being More Fully Present at Work.

In it, Eblin mentioned that a senior executive he had been coaching decided upon the following choices to enhance his presence with others:

What each of these have in common is that they are all purposeful in trying to avoid the distractions that can inhibit the best connections possible in the conversations we have with others.

Although these seem easy to implement, they will feel unfamiliar and possibly awkward to you and others. But make it a point to try any combination of these for 30 days and then reflect on what that’s done to the quality of connections and communication you have with others.

I wish you the best with trying out these recommendations and seeing what being more fully present will mean to you and those you interact with.