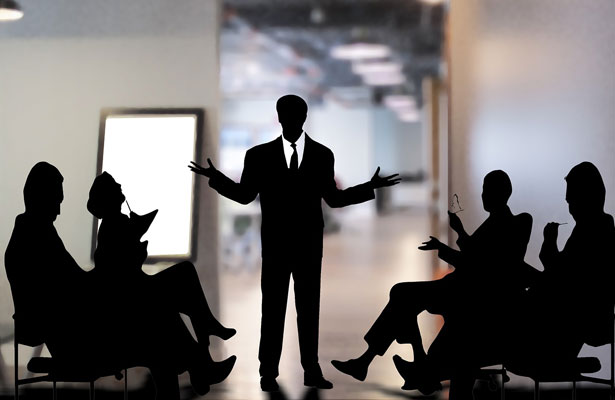 Have you ever set a goal, thought long and hard about how you were going to accomplish it, and then pursued this outcome with enthusiasm? But lo and behold, even after what you perceived to be substantial progress on your part, you found that others still viewed you through a dated prism of perception?

Let me give you an example.

Let’s say that a key behavioral goal you set for yourself is to improve your ability to be an effective listener. We can all think of the advantages of being able to do this, but if you have previously been thought of as a poor listener, it can take concerted effort on your part to dig yourself out of this hole.

For instance, after a few months of constant effort and vigilance on your part, you purposefully interrupt a speaker to correct a set of facts so that everyone in a meeting is on the right page going forward. Noble motive, but to others who previously thought that you were a poor listener, this is another example of you interrupting and demonstrating you listened poorly. It fulfills a perception that they had.

Is there a way to enhance the chances of you successfully improving your behavior AND shifting other’s perceptions of you at the same time?

The answer is a resounding “Yes” and I’d like to share a client story where someone was able to do just that.

But first, a brief bit of background about the process I suggested that he employ to improve the behavior and the perception.

Marshall Goldsmith, in his Harvard Business Review article, Leadership is a Contact Sport (reprint 04307), shared how an extensive study of over 8,000 managers and 80,000 “stakeholders” were able to statistically demonstrate a correlation between consistent follow-up about a behavioral goal in the perception of improvement that those stakeholders acknowledge.

This follow-up process is the basis of Goldsmith’s Stakeholder Centered Coaching model that I was trained in and have used successfully now for the last several years.

I will use the example of a former client who I will refer to as Sam to demonstrate how this worked successfully.

Sam is a seasoned technical leader in a well-known telecommunications firm. He was given some significant responsibilities that required an excessive amount of travel that demanded some highly time sensitive execution. The role was substantially understaffed as well. This led to a lot of frustrations that built up over time as more and more work was unfairly dumped on Sam.

The result was people began to see Sam as a very “ornery” fellow and began to keep their distance from him. They would peek into his office and gingerly ask, “Can we come in?”

Sam’s reaction to his pressures was not unique as the two fellows that followed him in the role either quit or were fired and Sam is very clear that it is how the role was organized that created this pressure.

Sam is a gentle and accommodating individual who I’ve always found easy to connect with. He is no pushover and I see him as an assertive leader now. However, the signals that he sent to others based on his frustrations, which earned him the reputation of being a “hothead”, were primarily due to his facial expressions and body language that reflected the unfair challenges that he was attempting to manage.

Sam is not a large or physically intimidating fellow, but these facial expressions and body language were very unnerving to others. A very clear perception had been established.

When Sam became my client and we discussed the stakeholder centered coaching model, he selected this behavior to focus upon. What’s interesting is that he actually left the role that created this behavior several years earlier, but remnants of his behavioral responses in meetings still lingered. And the perception certainly did as well.

So Sam asked several people with whom he interacted on a regular basis to provide him feedback once a month on how he was doing on this goal:

To demonstrate more positive, cooperative and passionate responses in individual and group meetings, including verbal, vocal and nonverbal behavior.

I also coached Sam to pause, take a deep breath and then respond to any challenging input in a meeting and to also ensure that he tried to maintain a neutral affect in terms of his facial expressions.

Again, Sam is not a hothead by nature and these cues assisted him in projecting a more positive tone and attitude in meetings.

What Sam came to understand is that when his “BS Meter” went off, his body reacted in a negative fashion to that stimulus. He realized he could break that response pattern, and most importantly, that it really mattered to him as a leader and to the teammates that he was interacting with.

His negative responses diminished his potential contributions and that robbed everyone of his considerable knowledge and experience.

Sam also chose another leader, who also happens to be a former client of mine, to model his behavior after. This individual demonstrates a patient, even-keeled persona in meetings and may weigh in with a stern but always professional manner if the situation pushed him too far.

The combination of a good role model, calming steps to control his reactions and then monthly feedback from the key stakeholders, resulted in several people simply requesting him to stop asking them because he had ceased to demonstrate the negative behaviors.

Sam was successful in changing other’s perceptions about a matter that he cared a great deal about. Regular and consistent feedback about a very clear goal provided him the support he needed to shape his behavior.

Several years later, I followed up with Sam about this and he shared a couple very interesting stories.

First of all, one of his stakeholders mentioned that his attention to how he was perceived in meetings caused her to also focus on her own behavior and style. Although her issues were slightly different, it did provide an impetus for her to make changes as well.

When I spoke with Sam about this a couple months ago, he mentioned that in a meeting his BS Meter had just gone off again, very justifiably he added, and he slipped in to his old behaviors.

The good news is that one of his former stakeholders took him aside after that meeting and mentioned it to him. Sam was very thankful for the input and it reinforced his previous learning, giving him a renewed sense of energy and purpose to manage this going forward. And this was several years later.

Sam’s tale is not unique. We all have the ability to shape our behavior in more effective and impactful ways for ourselves, our teams and our organizations – but you cannot do that without feedback.

Note: I would be more than happy to discuss the stakeholder centered coaching model with anyone as I absolutely believe that it is core to success and is now an integral part of my coaching practice.