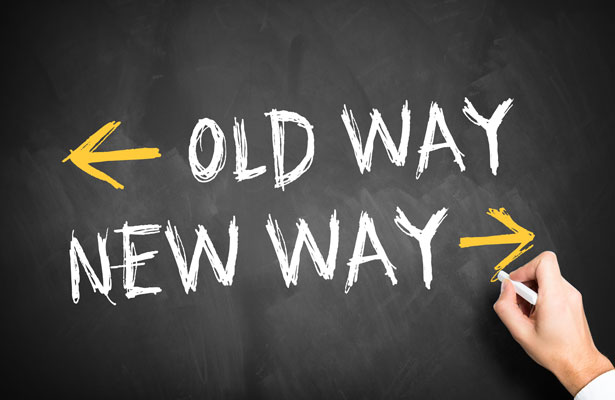 I recently gave a speech on the subject of “Delivering Results in an Era of Change” to a group of CEOs that are members of the Association Forum of Chicago. This is a 4000 member organization that serves a large number of associations that are headquartered in the area. The overall theme of the meeting was Construct, Deconstruct, and Reconstruct.

Over the last several months I have seen that theme repeated with clients and their relationships with peers and subordinates in organizations that can be consistently characterized as undergoing substantial amounts of change.

I’d like to talk about three key organizational changes that create their own problems, the need for deconstructing them, and how my clients have dealt with them.

The reality is that each of these three situations is very common and predictable, but hard to see when you are in the midst of it.

This is a common challenge in any organization, regardless of the obvious skills of the former peer who becomes the new manager.

Some individuals have a very difficult time working for a former peer and the reasons can be jealousy, regret at a missed opportunity, or a continuation of old frictions that were never resolved.

In an interview for a client who made this transition, one of his former peers was very clear on the fact that he liked and respected this individual as a peer, but now that they had become the manager, they literally could not find anything they did that was right.

Granted, my job is to simply gather the perceptions and opinions of the folks that I interview, but when I pointed out the inconsistencies to this individual, they failed to acknowledge them.

This will require a very calm and assertive effort on the part of the manager to see if this individual will continue to be a fit for the organization. When disagreements become insubordinate, the line has been crossed.

A client who is well known and respected in her field took over a group where the turnover had been historically low – i.e. there were many folks on the team that had been in their roles for many years.

This client came in with a new vision that resonated with the executive team; however, there were several people on her team who seemed to be very reluctant to get on board with the changes that she proposed.

Have you ever heard somebody say that when you point your forefinger at somebody, you actually have three fingers that are pointing back at you? By this I mean, it’s really important that my client “sell” her vision to the team and to ensure that she was respectful of all the work that had preceded her.

Sometimes our enthusiasm for our vision inadvertently reflects badly on the efforts of the past. This is a needless and counterproductive response to the situation and my client had to be sure she owned that.

The adage is that you must seek first to understand and then to be understood. The concern was that my client had not executed well on either end of that equation.

I had a client who has had a remarkable track record of achievement in his field – but after several years of success, a peer who was now charged with providing risk oversight on my client’s work began to balk at his deals and halt them in their tracks.

This was leaving a lot of opportunities on the table.

He tried to reason with him, took him to dinner, and most importantly, tried to see things from his perspective. Once he stood back and realized there had been a shift in deal focus, it occurred to him this may be unfamiliar or outside the risk person’s comfort zone.

This is not just putting 2 and 2 together – this is an empathic view of a valuable relationship. This refreshed view is now at work to move this issue to a good resolution.

Each of these scenarios is predictable but the resolution for each requires different actions:

When you are confronted with similar changes, ask yourself:

I look forward to your thoughts and comments below.