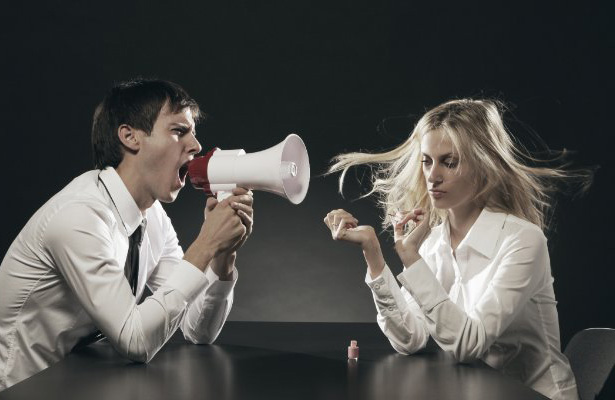 Can you agree to disagree, agreeably? It’s not really possible if you do not respect the person you are discussing things with.

I saw a jarring example of this when I saw a new play at the esteemed Goodman Theater recently.

It has been described as “bitingly funny and fierce… one of the year’s best shows. What the playwright says about American society, the media and how we package celebrity and tragedy is as spot-on as it is depressing” said a June 17 New York Post review.

The playwright is being touted for a Pulitzer Prize.

The acting was first rate, the script excellent, the sets and lighting were all superb.

At the curtain call, however, I would estimate that less than 15% of the audience stood to give the actors applause, which is unusual given how I described it.

I will not reveal the play and I am no theater critic, but my friend and I left with a raw and unsettled feeling.

It took a couple days for me to process it and I believe it reflects some of the current mood in our country and I worry that it may play out in highly competitive interactions in many aspects of our current culture.

Just as I am no theater critic, I am no social or political arbiter but what I saw among the characters in the play was naked contempt for each other and I think the shock that I experienced was a fear that this might very well be a reality in many firms today.

It certainly is in our political world right now.

The play took place in a New York magazine that was struggling with the advent of the Internet and the disruption it caused in the publishing world. Disruption is a kind word for the shifts in our nation / world today.

An article by Karen Stohr, titled Our New Age of Contempt stated:

If you engage in a lively debate with a coworker, you each may have strong, well-developed thoughts and ideas that you will intellectually defend.

Hopefully the values of the organization and the need to reach a useful conclusion necessitate that you respect each other and at least give credence to the other’s ideas and perspectives.

That’s how you get a healthy dialogue.

If you have no respect for another, it’s tough to generate the energy for a good give-and-take.

If you hold the other in contempt, even going through the motions of a vigorous discussion is beyond the pale. The other person simply doesn’t matter.

Contempt functions by shifting the targeted person from a participant relationship to an objective relationship. It aims to alter someone’s status by diminishing their agency. This is how contempt accomplishes its dehumanizing work — by marking its target as unworthy of engagement and thus not a full member of the human community.

It’s like the other becomes a nonperson. That is an uncomfortable and extremely awkward position to endure for the nonperson.

If contempt emerges between people, there will be no effort to be empathic to the other person’s perspectives or needs – and if you fail to connect about that, you will never really be able to communicate in a productive manner.

Relationships break down when your desire to win an argument or “be right” is more important than finding the best solution.

In the play, the contempt among various characters was visceral and raw. But it was also masked by a clever but biting repartee that was often funny, but it seemed like the jokes were being made in conjunction with dozens of simultaneous paper cuts.

The pain inflicted wasn’t real, it was a play after all, but I felt my emotional defenses to what I was hearing and seeing begin to melt away.

A Caution for Us All

I love the theater and the hallmark of any fine production is its impact on you intellectually and emotionally.

This production hit both those marks.

But the angst that it made me feel is not about that Saturday evening watching a potentially Pulitzer Prize winning effort. It made me think about what we have experienced politically in the objective contempt that has played itself out in our country – on all sides.

It’s torn some radical holes in our social and political fabric and I am worried that will infect how we conduct business as well.

Successful business cultures don’t do contempt. That’s a recipe for disaster in any organization and I hope it’s one that none of you will confront.

I look forward to your thoughts.